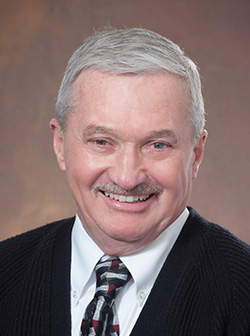 Back in 2014, Philip “Al” Kline achieved a rare feat among the bus drivers at Indian Trails: He reached the two million mile mark as a safe driver, having gone the distance without an avoidable accident. He’s one of only five drivers in the 110-year history of the company to have done so. Kline received his first “Million-Mile Award” for safe driving in 1998.

When he retired earlier this year after 45 years of service (including a year-long furlough due to Covid’s impact on the travel industry), Kline had logged a remarkable 2,516,384 miles of driving without an avoidable accident.

To put that achievement in perspective, two million miles equals 80 trips around the Earth or four trips to the Moon and back. Just to reach one million miles, a motorcoach driver must log an average of 50,000 miles annually for 20 years.

An Owosso, Mich., native, Kline first signed on with Indian Trails in 1976. Although he’d grown up on a farm and loved working with machinery, he had no desire to follow his father’s footsteps into farming. “I’d heard jobs were available with a local furnace repair shop, but when I went there I was told they weren’t hiring, though Indian Trails was.”

He first sought a position in maintenance, but those jobs were filled. So he signed on to become a driver. After thorough training, he started out with a regular daily route, and then later switched to piloting group charters. During his career, he traveled through all but six U.S. states, and every province of Canada except Newfoundland.

Over the years, Kline had some close calls, including two accidents, but of course neither his fault.

After one of those, Kline was checked over at a local hospital and showed up for work the next day as usual. “Indian Trails was phenomenal,” he says. “The executives were all there at the bus garage to make sure I was okay. If I felt I wasn’t, they told me, they’d be happy to call in a substitute driver. For me though, it was like falling off a bike. You just have to get back on.”

More Than a Job

Kline expected to form some friendships with co-workers, and he did. But what he hadn’t anticipated were the many friendships he would develop along the way with Indian Trails’ customers.

“That’s the number one best thing about this job,” he says. “For example, back in the 1980s I drew a charter assignment for a woman who organized trips with her friends. After the first trip, she kept requesting me as a driver. We ended up going all over the country together on excursions that eventually included my wife and friends from Owosso. We had so much fun.”

What does he miss most after being retired for a few months? “The driving,” Kline says. “I like being out on the road and I miss the vantage point of sitting up high in the driver’s seat with an expansive view. It’s definitely not the same as in a car.”

Happily, he’s found a part-time job driving a big rig to grain elevators around Michigan for a local farmer. This gives him the opportunity to drive big equipment and reconnect with his farming background.

Another change for Kline has been the newfound time to devote to improving his health. “I started walking several miles a day and eating healthier meals. I’ve lost more than 45 pounds over the past year.”

Back when Kline started with Indian Trails—unlike today—it was more the norm than the exception to stay with one company throughout a career. And Kline has no regrets about doing so.

“At Indian Trails, I was fortunate to be trained by the best veteran drivers. I was also lucky to develop some lifelong friendships, and to meet some amazing people along the way,” he says. “I had a wonderful time working for this company, and I wouldn’t have traded it for the world.”

“The entire Indian Trails family offers a heartfelt salute to Al Kline on his nearly five decades of exemplary service,” said Chad Cushman, president of Indian Trails. “Al’s distinguished career with us began on Feb. 2, 1976. In addition to recognition for more than two million miles of safe driving since then, he has received countless annual awards and well-deserved accolades from employees and customers alike.”

It’s worth noting that Indian Trails has honored 28 drivers since the late 1980s for going one million miles without an avoidable accident. Their safe-driving success is due to a culture of safety instilled partly through a rigorous training program provided by the company. It includes 40-plus hours of classroom instruction plus three to four weeks of on-the-road experience with driving instructors. And that’s a big reason why Indian Trails is ranked by the U.S. Dept. of Transportation in the top 10 percent of transportation companies nationwide for safe driving.

Indian Trails, Inc.—which has served as Michigan’s premier, family-owned, inter-city motorcoach carrier for 110 years, and is based in Owosso, Mich.—operates one of the largest and newest fleets of deluxe motorcoaches in Michigan. In addition to its daily scheduled routes throughout Michigan and into Chicago, Duluth and Milwaukee, its services include charters, tours, shuttles, and airport transfers. On the web at www.IndianTrails.com.