Founded in 1910 by Cora and Wayne Taylor of Owosso, Michigan, Indian Trails was originally known as the Phillips-Taylor Livery Service and specialized in moving passengers and freight from the local Durand Union Train Depot to points around Shiawassee County. True pioneers in their field, the Taylors actually built some of their first autobuses. By the mid-teens, they had expanded their service to Flint and became known as the Owosso-Flint Bus Line.

Along with the growth of automobile manufacturing in Flint and Saginaw at the time, the small line grew. By the time World War I began, they were serving passengers all the way from Saginaw and Bay City to Flint and Detroit. During the war years, Wayne Taylor served in the Army Signal Corp and saw combat in France, while Cora ran the growing bus line, a little heard of practice in those days. Another first for the company saw Cora "man" the wheel of those early highway cruisers, becoming the first woman in the U.S. to be issued a chauffeur's license. Today, in recognition of her many accomplishments, Cora's portrait hangs in the Michigan Department of Transportation's Hall of Honor, one of few women inducted. 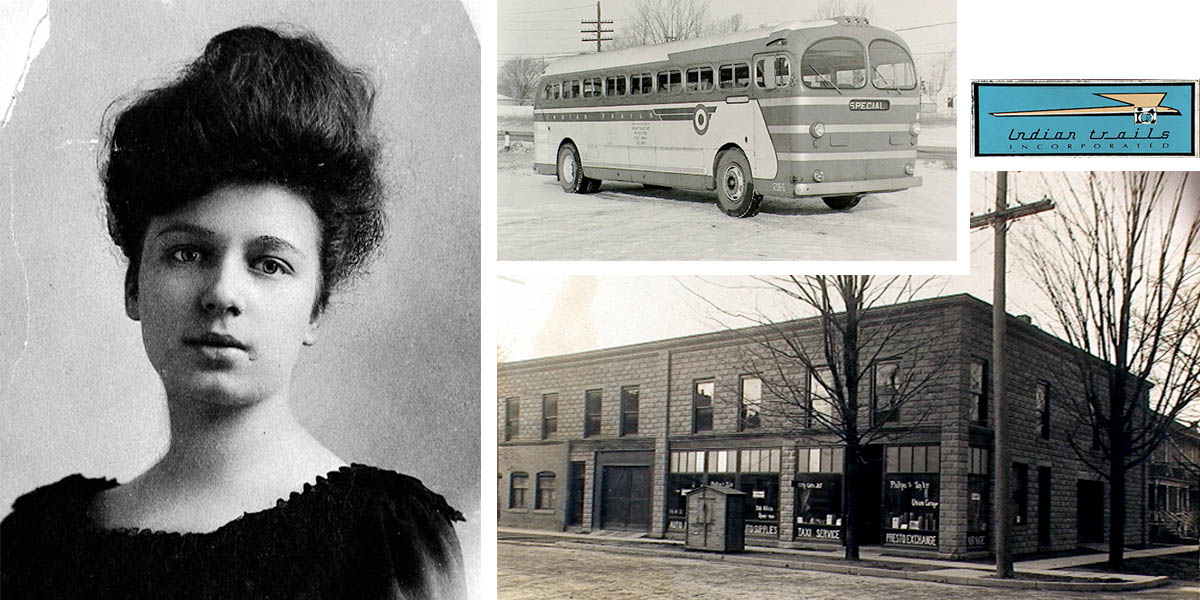 Around 1935 the Owosso-Flint Bus line incorporated to what we now know as Indian Trails Bus Lines. That same year, the Federal Highway Act brought all bus operations under the control of the Interstate Commerce Commission. A student of Michigan history, Cora Taylor researched some 65 native Indian Chiefs and began the tradition of "christening" each coach in honor of a native Michigan Chief. The tradition continues to this day, with each Indian Trails' coach proudly bearing the name of an Ottawa, Potawatomie or Chippewa chief.

Still pioneers in their own right, the Taylors were among the first bus operations in the United States to acquire modern rear-engine-design diesel buses in the late 1930s. It was during these same years that the company became closely allied with Greyhound Lines in cooperative fare and schedule arrangements to aid in passenger service, a relationship that exists to this day with the largest bus transportation service in the country. 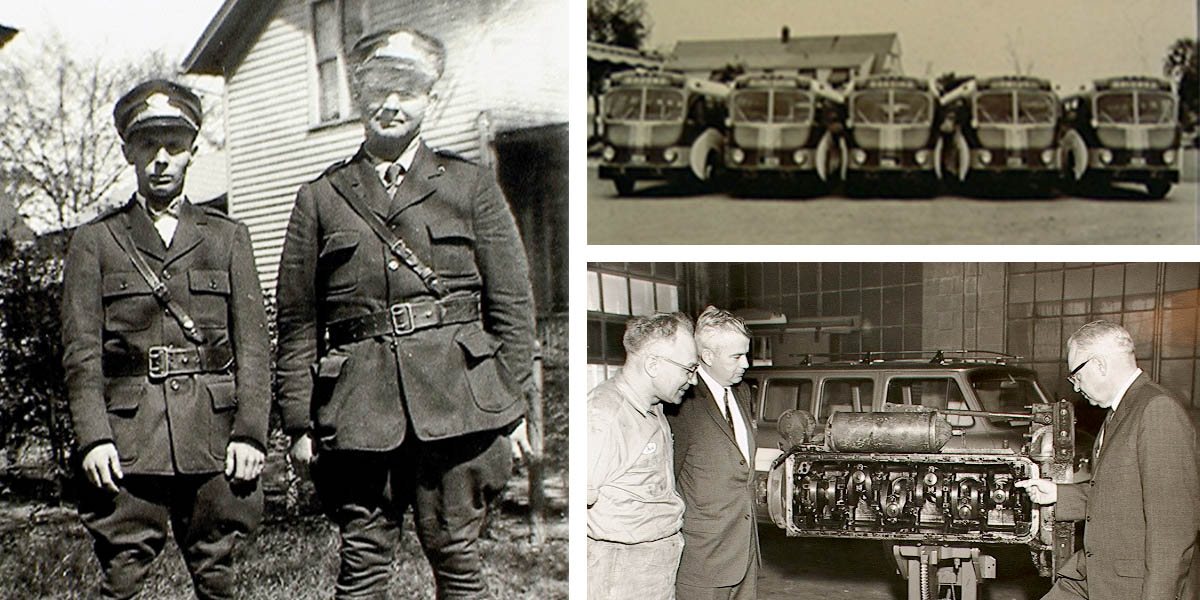 With the start of World War II, Indian Trails ran into challenges with bus operations from shortages of fuel and tires, to drivers and equipment. But the Taylors survived and prospered by bartering, trading and pooling resources with other bus operators to continue the vital service.

Operating between Flint and Chicago via Battle Creek and the Fort Custer Army Depot, the Indian trails route was constantly busy contributing to the war effort by moving troops and civilians. The Taylors' young nephew, Bill Himburg, was one of those serving his country in the United States Navy, seeing service in several major campaigns. Upon his return from active duty in December 1945, the young Himburg joined Indian Trails where he served in a variety of levels from operations manager to general manager to vice president, president and finally as chairman in 1986.

Under Himburg’s guidance, the company expanded service to the Thumb area of Michigan, began escorted tour services, and developed its charter business. Throughout the 1950s, the company developed a new equipment purchase policy which included adding new coaches to the fleet every year, a practice that continues to this day. This policy resulted in Indian Trails becoming the leading charter bus company in Michigan with the most modern fleet of motorcoaches on the road.

Indian Trails is in the third generation of continuous family ownership. This year, we are proud to celebrate our 111th year in business, as we continue to lead and innovate to serve the traveling public.

One example of that is their Michigan Flyer service. Launched in 2006 with service between East Lansing, Brighton, Ann Arbor and Detroit Metro Airport, Michigan Flyer is a partnership between Indian Trails and Skybird Okemos Travel.  Annually, this airport service carries over 250,000 passengers and continues to grow.

With this innovation and others, the future looks to be as promising as it must have appeared nearly 100 years ago. Wayne and Cora Taylor would indeed be proud of the legacy they began as their family continues their tradition of quality and excellence since 1910.